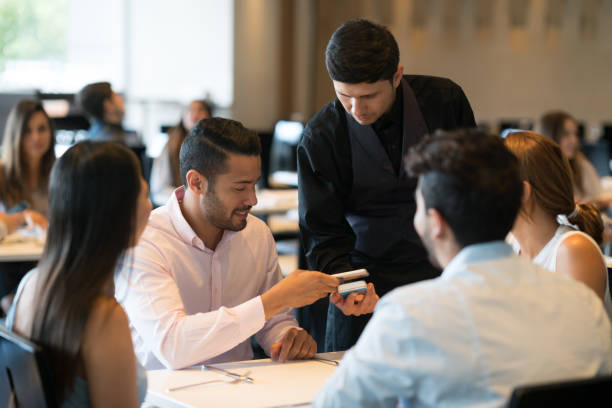 At Deserve, we recognize that continued innovation in the credit card space depends not only on creative vision and technological innovation, but also on a nuanced understanding of what matters most to consumers. Recently, we conducted a survey in which we asked 800 randomized credit-card-holding consumers about everything from how and why they utilize credit in their everyday lives, to specific offerings that would incentivize their card choice and influence their spending habits. And while we learned a lot from the first installment and analysis of our survey, we also walked away with no shortage of unanswered questions and newfound curiosities.

This was to be expected; after all, a certain persistence is required to keep up with the rapidly evolving needs and demands of consumers, particularly with the unprecedented catalysts for transformation in recent years. Earlier this week, realizing the need for further investigation, we decided to field a second survey, and this is what we learned.

‍To kick things off, we asked our respondents to tell us why they used credit, and more specifically, what kinds of items they were purchasing with their credit cards. The answer? Well, pretty much everything.

Credit Scores Remain a Source of Pride (and Frustration)

Credit scores can be a touchy subject, and this is perfectly understandable; credit affects many aspects of our everyday lives, from renting apartments, buying houses, purchasing a car, and so much more. We were encouraged to learn that of the 800 cardholders surveyed, nearly 60% reported being happy with their scores. Of the remaining respondents, around 30% expressed dissatisfaction with their credit score, and only around 11% reported not knowing what their current score was at the time of the survey.

MobilePay Continues to Grow in Popularity

With the appeal of contactless purchases appearing primed to outlive the COVID-19 pandemic, we were interested to learn how many of our respondents were users of MobilePay options tied to their credit cards. The results largely confirmed our suspicions, with 60% stating they utilize MobilePay on a regular basis, around 33% saying they do not use MobilePay, and only around 6.5% stating they didn’t know what MobilePay was or how to use it.

In perhaps our least surprising result, rewards continue to matter a whole lot to the average consumer. In fact, when we asked our respondents to tell us the main reason they used a credit card at all, over 40% claimed it was because the credit card they used offered attractive rewards. Moreover, of the 800 cardholders we surveyed, only slightly over 20% were unaware of which specific rewards were associated with their credit cards.

Look out, airline miles: cashback is coming for your throne.

When we asked our respondents about what rewards were associated with their most-used credit cards, 58% said their favorite card included cashback incentives. More importantly, close to half of our respondents said they would be incentivized to apply for a new card if it included a cashback rewards program.

After the fairly recent success of Deserve and BlockFi’s collaboration, we were eager to dive deeper and learn more about the average consumer’s relationship and attitude toward cryptocurrency. The results of our survey ended up exceeding our expectations.

When asked if they were interested in cryptocurrency, almost half of our respondents, 47.5%, said they believed it was “the future of money.” Following closely behind the diehard advocates, 32.63% were curious about cryptocurrency but felt they didn’t know enough about it yet. Finally, our survey uncovered relatively few skeptics, with less than 20% claiming they still believed crypto was “just a fad.”

Next, we asked if our respondents would be interested in a credit card that offered cryptocurrency as a reward, to which the response was, again, overwhelmingly positive. Of our 800 respondents, just over 50% expressed interest in crypto rewards, 25% said they would “maybe” be interested, and only around 23% rejected the idea.

The results from our survey gave us a lot to think about, between confirming trends we had recognized in the past and highlighting the undeniable potential of emerging opportunities in the credit card space.

While we can say that consumers are gravitating toward an increasingly digital-first credit card experience, we aren’t sure what conclusions to draw about consumers’ attitudes towards their credit scores. With continued research and surveying, we hope to identify more obvious patterns in this area.

It is also worth noting that enticing rewards programs drive consumer preferences and spending behavior. Despite a significant easing of travel restrictions, cashback rewards were largely preferred over travel rewards, which could mean that consumers are seeking rewards that have more immediate impacts on their finances. Even the growing interest in cryptocurrency rewards can be viewed as consumers demanding something tangible, albeit in a digital sense, in return for their credit card purchases.

Speaking of cryptocurrency, our main takeaway from this survey was the largely positive response we received related to digital assets. In fact, the results are probably the closest we have come to independently verifying the fact that crypto is officially not a fad, and that many consumers even consider cryptocurrency to be the future of money. So what does this mean? For Deserve, we consider it a small victory, and ultimately a confirmation that our products are speaking directly to what consumers want. From a macro perspective, it suggests that many businesses could find themselves behind the curve, as crypto capabilities may quietly become essential to remain competitive in the industry.

While this survey was a small step toward understanding consumers’ evolving relationship with credit, we are excited to use what we’ve learned so far to tailor our future products and services to the direct demands of those who use them. As we work to further customize our various B2B offerings and reward structures at Deserve, we will keep speaking directly with consumers as we expand credit card platforms of the future.