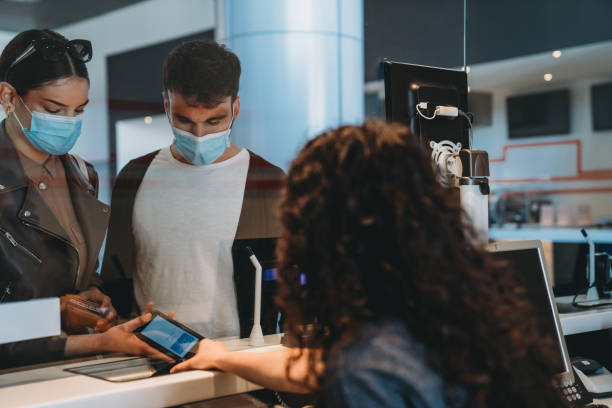 Though the COVID-19 pandemic shook the world, credit cards eased the financial burden for Americans, a recent survey shows. The survey, conducted by Deserve, indicates that credit cards helped Americans continue to make payments on time and provided a needed financial cushion. Despite the economic devastation the coronavirus pandemic brought to the job market and household incomes, many people reported that credit cards kept them out of dire financial situations.

Despite the chaos of the world, many people were able to avoid accruing large debts. Deserve found that a majority of Americans limited their monthly charges to under $1,000 during the pandemic, and most people weren’t even maxing out their cards. The majority of survey respondents said they were able to use credit cards for financial assistance without reaching their credit limits. Only 3.6% of users reported that they maxed out the limit on their cards. Repayment wasn’t a large concern for most credit card users. Over 70% of respondents said they were not worried about paying back their credit card bills.

During a global pandemic, finances come second to health and safety. According to the survey, credit cards continued to support people during their time of need, allowing them to worry less about money during some of the most universally-challenging times in recent history. If anything, the past year has been a strong indicator that the credit industry must keep pace with the quickly-changing world.

Deserve sees the credit card industry to be ripe for continued innovation. The credit market has traditionally been dominated by legacy players that operate on outdated software, entrenched with a high cost of operations and lack of customization and speed. Deserve has a history of anticipating market needs and delivering new offerings, and it continues to form strategic partnerships to further enhance its credit stack. Having recently announced a partnership with global card issuing platform Marqeta, Deserve is positioning itself at the forefront of credit innovation.

With this survey pointing toward continued trust in credit cards, especially during a global pandemic, credit has never been more important. Though challenging times will undoubtedly return, Deserve is poised to continually innovate, reimagining the current credit card experience into something even better.

Methodology: Conducted on SurveyMonkey, Deserve’s survey compiled results gathered by SurveyMonkey during the month of February 2021.

Deserve is a trademark of Deserve, Inc. All Deserve credit cards are issued by Celtic Bank, a Utah-chartered Industrial Bank, Member FDIC.