Rishi Misra started the process for acquiring an employment-based green card in July 2010. As of October 2015, he still hasn’t received it. Needless to say, the path to his goal has been challenging, occasionally frustrating, and rarely made sense. He was often misinformed — sometimes by trained officials — and several times was led to believe that he would not get his green card. His story is both frustrating and frustratingly common.

Actually, Mr. Misra’s story extends back much further: he’s been either studying or working in the US consistently since 1997. Today, Misra is a successful product manager in the health care field based out of the Bay Area. Although the arc of his career has been steady and logical — he works hard, gains more experience, and advances — the arc of the immigration process knows no such logic:

“As an analogy, imagine sitting at the DMV, waiting for your number to show up on the monitor. Let’s say your number is 100. The monitor shows 99, but then jumps back to 10. That would be frustrating right? That’s how the employment-based immigration “line” behaves. I guarantee you that if the line at the DMV worked the same way, people would be driving around without licenses, not driving, or riding around on bicycles with a megaphone telling others that the system is broken. I would likely be in the third category.” 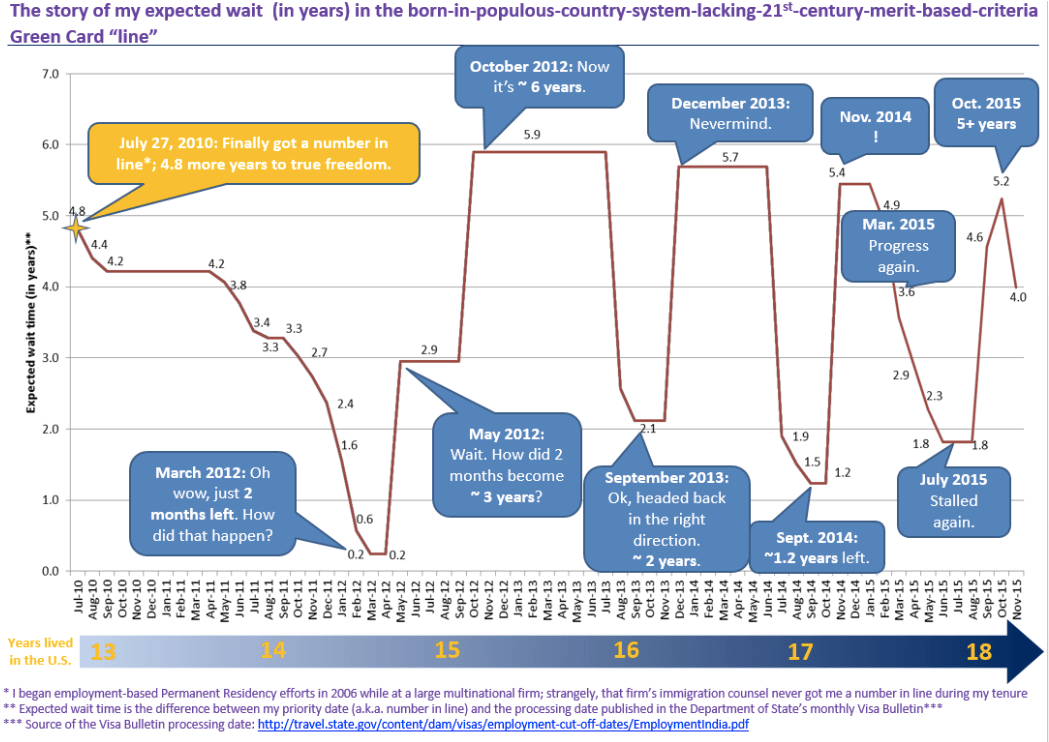 But there is light at the end of the tunnel. By the end of Mr. Misra’s tale, you too will know why 1000s of immigrants have grown more optimistic about the process and their chances of staying on as contributing citizens to the US economy and jobs market. Read the rest of Rishi Misra’s story at Medium.

Find more stories like this by subscribing to the Score. Get timely stories, advice, (and the occasional cool contest) for international students in your inbox.